No one told you that when you bought that high-end bike of your dreams, you would be buying a fair amount of depression as well. Here are ten bike lock tips you need to learn how to save your bike – and your heart, when out and about.

There’s a 50% chance you will have your bike stolen, if it hasn’t happened to you already. So, how best to use your bike lock? Find out how below.

Lock Your Bike The Right Way

Having an expensive and reliable lock is good, but it will be useless to you if you don’t use it the right way. Bike thieves are smarter than you might think and will think of ways to defeat even the best locks within months of their release.

Until NASA or the military comes up with a theft-proof bike lock, you need to get creative.

Lock Through The Frame

This first ‘insight’ should be common knowledge, but it is, apparently, not common enough. You will find front wheels and other components locked securely to bike racks, with the rest of the bike nowhere to be found.

The truth is, most components of your bike are less tough than the lock itself. An enterprising theft will look for weaknesses in the bike structure. Always lock the bike through the frame triangle and double-check to be sure.

Another great option is to lock the bike through the rear fork. This is the best place to lock up your bike because it leaves little room for a potential thief to play around with the lock.

Be Smart With The Lock

Every lock has a weakness as well. Even the best of locks can be compromised, given enough time and tools. For starters, don’t lock right next to the ground, where it provides leverage for breaking or twisting.

Try to make the locking mechanism as inaccessible as you can. Some bike thieves will put superglue in a lock so that you have to leave it overnight. That gives them enough time to work on it away from prying eyes. Leave if facing downwards.

Some cheaper bike locks are also defeated in the good old-fashioned way: lock picking. If you cannot have it face downwards, let the access be hampered by a wall, other bike components, or another bike.

As a bonus, remember that a lock can also hurt your bike. It can scratch off the paint or cause harm to the spokes. Use a lock with a polymer (plastic or nylon) covering.

Don’t Leave Too Much Space

Some thieves will use the bike against you. When you lock through the frame, they use it to twist the bike and snap the lock; they don’t even need cutters for that!

To prevent that, use the right size of lock to prevent leaving too much extra space. You can also lock the bike through thicker places to fill up the lock.

Use the Right Bike Lock

Good bike locks are hard to come by, and they are very expensive. However, investing in a proper lock is investing in your sanity.

To begin with, cable locks are not an option. At least, not as primary security, although you may use them to lock components. They are easy to use but easy to breach. Bolt cutters make short work of them, no matter what the manufacturer says.

Next on the list: chains. A compromise between solid locks and flexible cables, thick heavy chains may just be the best option you have. However, as mentioned, they are heavy and cumbersome. Not the best for carrying around.

Bike locks, especially frame locks, are one of the most popular options. They are portable and can be made to high-security standards. They are great for urban environments if you use the right precautions as well.

Two is always better than one, and this is true in this case. Not many bike thieves have the time to work on a frame lock and a rear-wheel lock.

This interview with a former bike thief reveals that all it takes to steal a bike is 10 seconds. It doesn’t give enough time for passers-by or police officers to react to what is happening.

By using two picks, what you’re really doing is making stealing your bike not worth the risk in the extra time taken. In most cities, it might just work.

Quick-Release Components Are a Liability

A new trend of bike theft if focusing increasingly on just valuable components. Wheels, saddles, pedals, lights, and more. However, some people are just plain to mean and will vandalize a locked bike for no reason.

If you have a valid reason to fear vandalism or loss of valuable parts, bring your bike with you. It is the only guarantee against theft. Bring it into your office, take it upstairs, or whatever else you can do.

Another trick is to replace the stock bolts with some unusual ones. Cable locks also work well for use as component locks. Due to their low resale value, not many thieves will bother to cut a lock for a saddle or wheel. 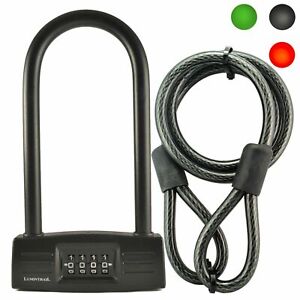 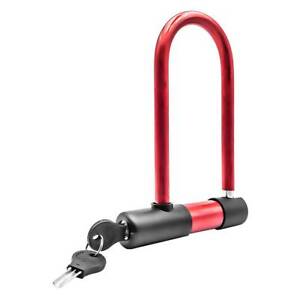 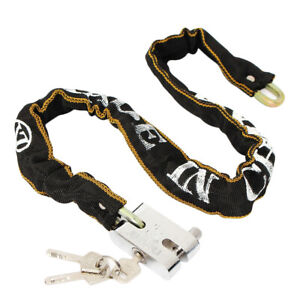 Where To Lock Your Bike

If you already have the right lock, the challenge lies in where to lock it up. This is the biggest headache for most cyclists, especially urban commuters. Not every city is bike-friendly. With that, here are a few tips.

Lock Your Bike to A Large Solid Object

In the absence of proper bike racks, one of the best alternatives is street lamps or large street signs. These, however, should not be bolted to the ground which can form a weak point.

The signs should also be more than 6 feet tall, out of the way of cars and pedestrians, and easily accessible. Parking meters can also do if their structure discourages lifting the bike clean off.

Even when locking to a rack, make sure that it’s cemented to the ground. Some sneaky snatchers also like to saw through bike racks during the night, cover the cut with tape. The next day, they will just slide the whole bike off the frame lock and all.

Install Anchors In Your Home or Workplace

More than 50% of bikes are stolen in garages, sheds, and other places where people tend to get their guard down. Your bike is not safe in your garage just because it’s behind closed doors.

In the same way, your hallway, flat, or office parking is not a safe option unless you install bike anchors. Do this where possible, and definitely in your home. Anchors provide a place where you can lock your bike safely, even in the office.

For a hallway, workplace, or other places where it may not be possible to install an anchor, there is a great DIY option. Simply fill a bucket or flower pot with cement and let the anchor set while still wet.

You can even decorate it afterward, but it will serve as a heavy deterrent to all but the most determined thieves. 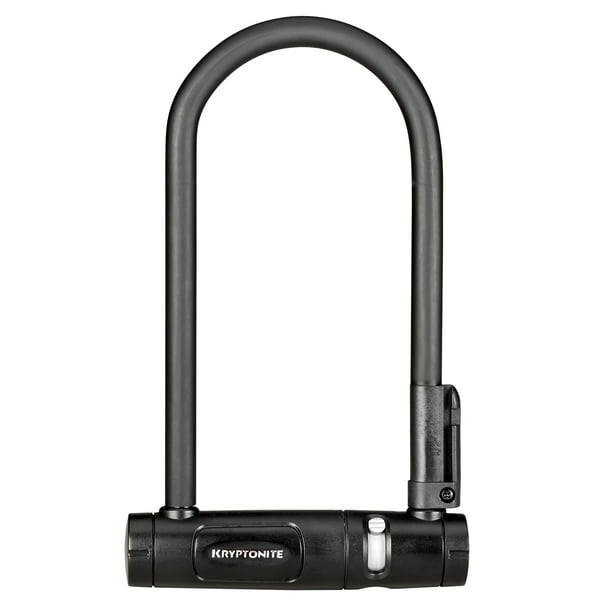 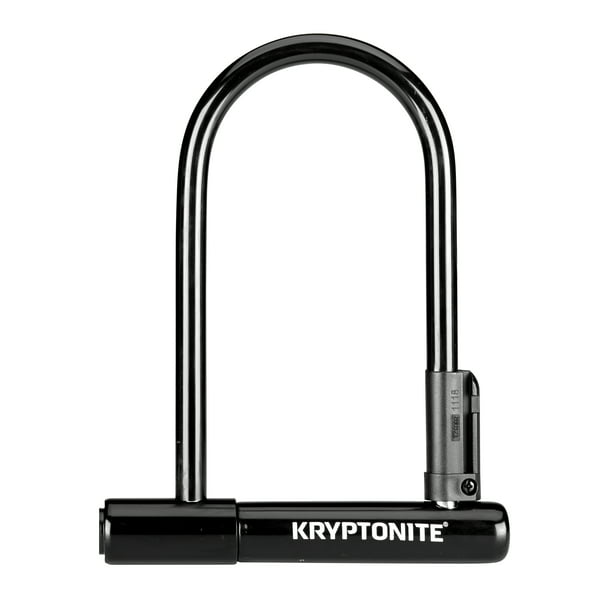 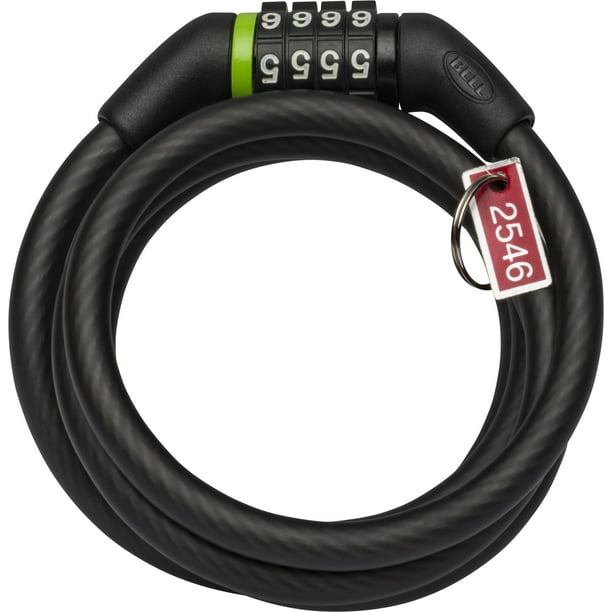 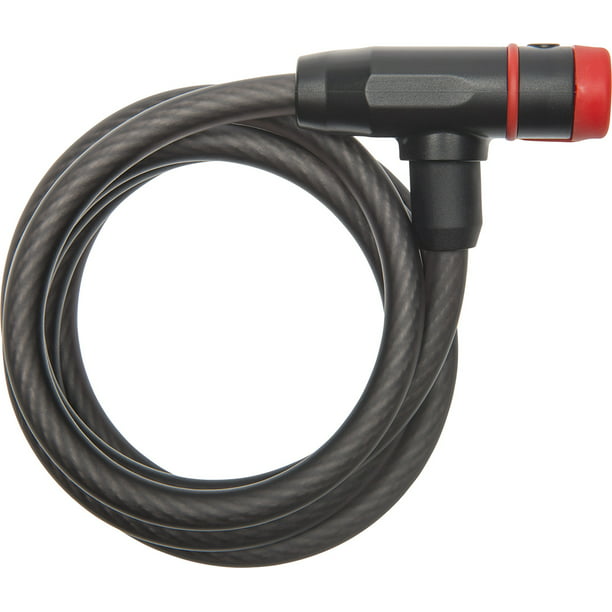 If you live in high-risk cities or neighborhoods, you already know what it means to be street-smart. It means keeping aware of the situation, outwitting possible bike thieves, and taking unique precautions to protect your beloved bike.

Street veterans have a few tips about how being street smart can save the day. Keep in mind that cities are different, so these are just general tips.

One of the biggest misconceptions people have is that their bikes will be safe if they lock them up in high-traffic areas. Your bike is actually more susceptible in such a place.

The logic is simple. A psychological phenomenon called the bystander effect puts less responsibility on individuals because they think that ‘someone else’ will do something. When someone sees a bike being stolen in public, they assume that someone will stop it.

Another factor is that it is easy for bike thieves to blend in and disappear. Even in a high-end address, bike thieves in sharp suits are common. Don’t be tempted to get your guard down in public.

Instead, opt for limited-access areas such as inside buildings and parking garages. These tips should help you out.

Stay Away From Targeted Parking Lots

Some places are more prone to bike theft than others. For example, in a stadium, cinema, or other leisure center, bike thieves know that they will have all the time in the world to get your bike. This makes such areas a prime target for the bold.

If you must take your bike to such a place, you can park it a block or two away to confuse potential thieves. You can also tip a guard or someone trustworthy to keep an eye out for your bike.

In most cases, however, simply stay away from such places. Most of the time, you have no business taking your bike to the movies.

Be Proactive With Your Locking

Bike theft will always be a problem until the day bikes come with inbuilt security systems. As you may have guessed, thieves are getting smarter every day. If you want to hang onto your bike, you’ve got to adapt.

Bike theft is so common that it is almost expected. Unlike your car, for which you can expect reasonable action should it be stolen, the most your bike will elicit are sympathy and perhaps laughter. It is up to you to ensure the security of your bike.

Bike locks are the best way to protect your bike when you’re going to be leaving it for any amount of time. In both rural and urban environments, however, a bike lock is not sufficient security for your bike unless you use it properly.

Part of the game is being smart. You have to know which places are good to lock up your bike to. Most of the time, the main weakness is not even with your bike or lock, but with whatever serves as your anchor.

Given that most locks can be defeated with the right circumstances, mitigating such ‘circumstances’ makes up the other portion of ensuring bike security. These include avoiding areas with a high theft possibility.

Protecting your bike is an art. With time, it will become second nature to scope out the best areas to lock your bike and even spot potential weaknesses. In the meantime, these are the ten bike lock tips you need to learn to make sure your bike remains yours. 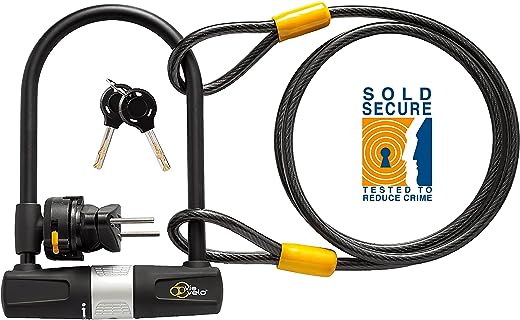 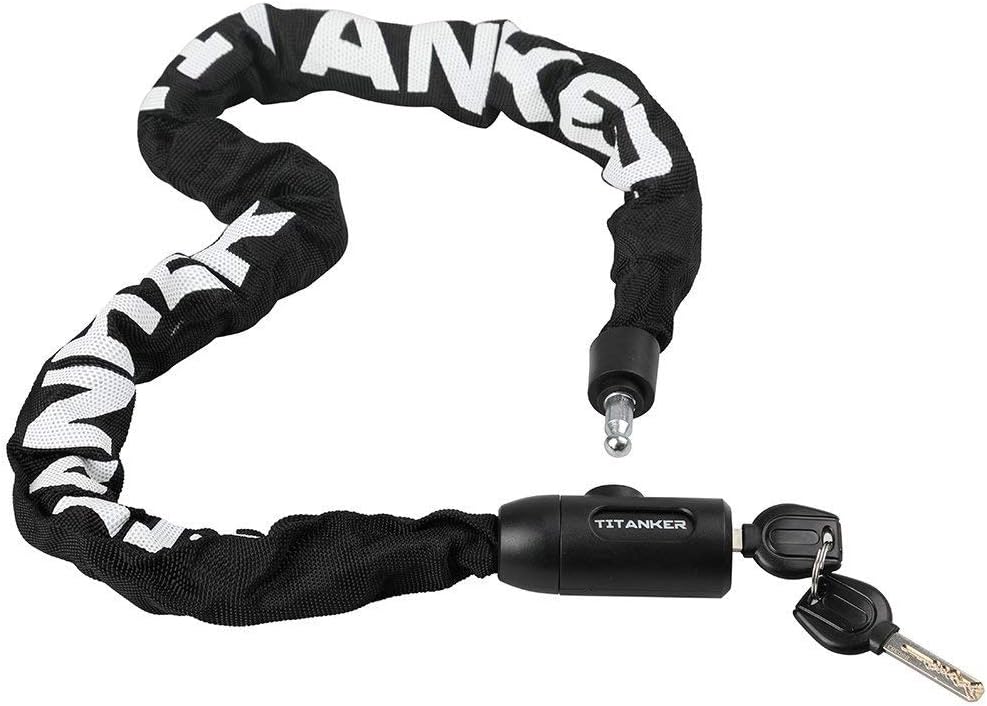 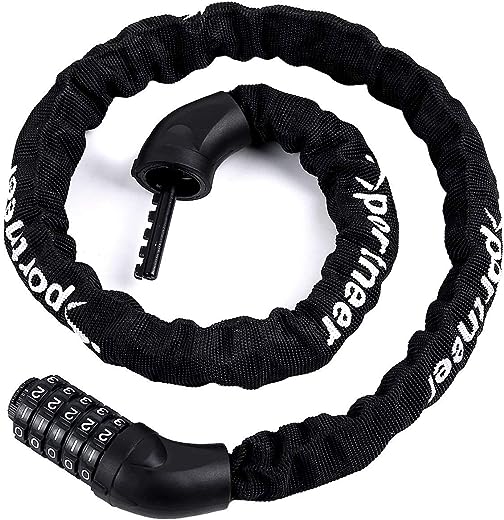 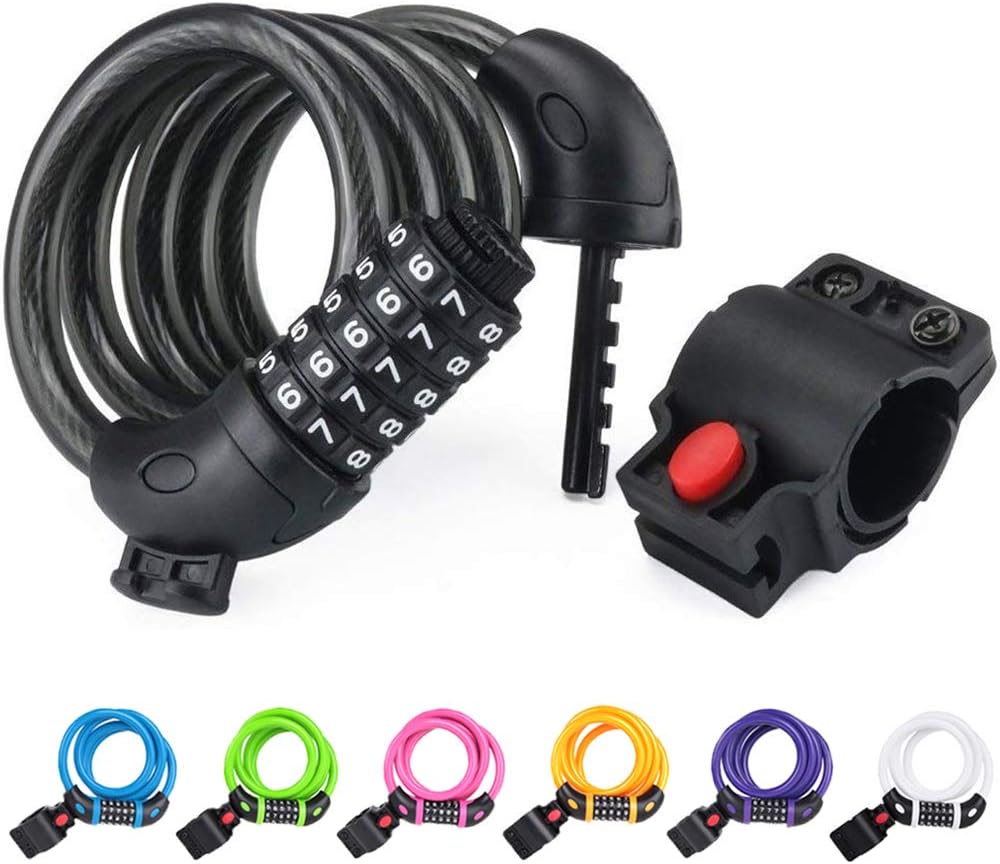 Can Cycling Help with Running???

August 9, 2022 pedalSwift
How To Articles