Fall In Love With Bike Computers 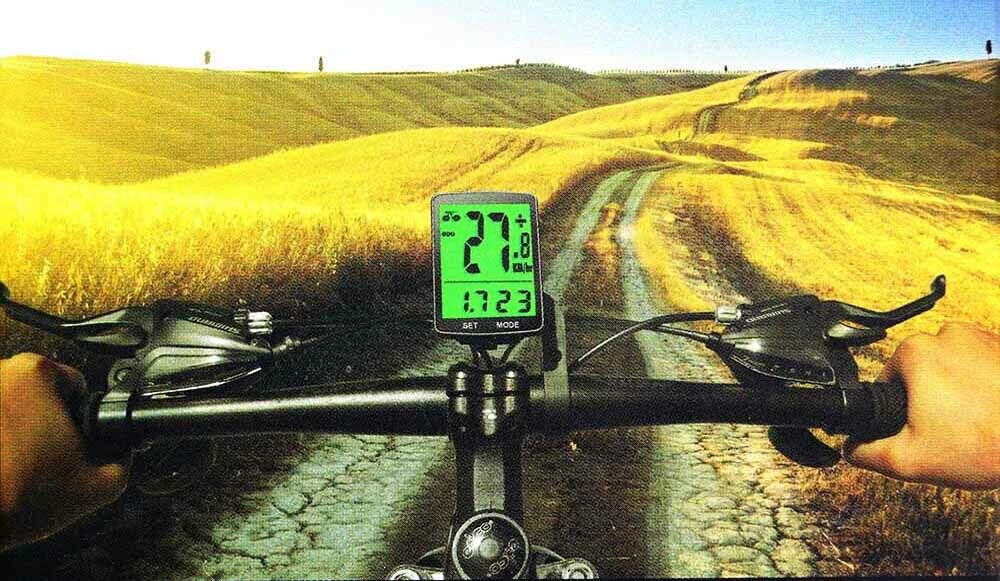 You’ve got to fall in love with bike computers. What would we do without those handy little computers? They allow us to measure our speed, distance, follow cue sheets, and make competitive cycling possible.

If you don’t know much about these crucial devices, strap in for the ride. You will learn all about the history, development, types, and latest technology bike computers. By the time you reach the end, you will be an expert on bike computers. Let’s go!

Bike Computers: From the Beginning

Bike computers, or more accurately, the concept of measuring cycling metrics such as speed and distance, are nothing new. As early as 1895, Curtis Veeder of the Veeder Manufacturing company invented the cyclometer.

This device was a basic mechanical device with a ‘clicker’ that measured every revolution of the back wheel. To put this in perspective, the pneumatic tire was developed only eight years prior by James Dunlop.

In 1900, Albert Rockwell of Connecticut patented the first cyclometer. It was a digital odometer with a star wheel and striker function, which gave much more consistent readings unless you traveled too fast.

An improvement of the cyclometer came in the form of the Jones counter. It had gears as well as a star striker, and thus, had greater reliability and accuracy. The devices were an instant hit, and by the mid-20th century, they were quite common.

The next phase of evolution came in the form of cable-driven speedometers. A spinning magnet was used to generate electrical current, which then pushed a speedometer needle.

These devices, due to their imitation of an actual motorbike speedometer, were hugely popular. However, they aso lfeatured an un-adjustable odometer.

The basic design of the cyclometer has hardly changed, although it has been improved through years of research by independent experts. They still feature two or more separate parts consisting of:

Cyclometers are incredibly accurate, although they hardly reach 100% accuracy unless it is on flat surfaces. That is because they measure road distance, including every turn, ditch, hill, and other meanderings.

They also require careful calibration on setup. Calibration tells them what diameter your bicycle wheel has so that they can accurately translate it into distance. Every model will have detailed instructions on how to do this.

You can typically expect an accuracy of 5%, give or take. That is relatively high, and you can raise it even higher with a few extra measures such as more careful calibration, up to 0.5% (that is ½ mile for every 100 miles).

Due to their simplicity, bike cyclometers are very robust and durable. They are typically powered by tiny lithium cells that can last a year or more before needing replacement. They can also withstand harsh weather such as rain, winder, hard knocks, and other rigors of the track.

Pro cyclists prefer these simple devices to high-end bike computers due to their lightweight construction, robust build, and reliability.

GPS brought a revolution in how cyclists record their data. With accurate location tracking, mapping, and route functions available, they are so advanced and sophisticated that they can now give step-by-step directions.

GPS bike computers come in the form of sophisticated mobile devices with rechargeable batteries. These calculate your location, movement data, and other metrics from the constant change in your location. GPS receivers can do this by keeping track of the relative positions of satellites.

GPS receivers calculate their location using a process known as triangulation. If you know the relative positions of two or more satellites and can communicate with them, you can calculate your exact position pretty accurately.

GPS is short for Global Positioning System. It is a satellite-based navigation system operating many satellites in space, and they work to provide geolocation services to GPS receivers all over the world.

The network currently has 31 satellites positioned over various places in the world to give global positioning services. At any one time, your bike computer (or another GPS device) can communicate with several of these to calculate its location.

However, GPS isn’t the only satellite navigation system in the world. The Russians have their own called GLONASS, or GLobal NAvigatin Satellite System.

In fact, companies like Garmin and Lezyne use GLONASS or a combination of GPS and GLONASS to fix their location more accurately.

The more satellites you can connect with, the better the accuracy. It also helps in forested and urban landscapes where the satellites’ line of sight may be obstructed.

With all the various satellite navigation systems, what we call GPS is more accurately called GNSS, or Global Navigation Satellite System. However, GPS came first, and the name stuck.

Regardless, GPS bike computers are intelligent and sophisticated. They receive positioning data from GNSS satellites every three seconds. By keeping track of their relative motion, they can calculate pretty much everything. 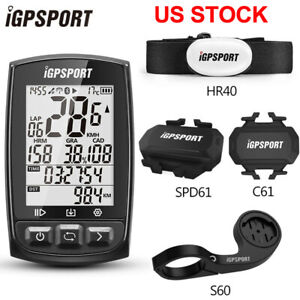 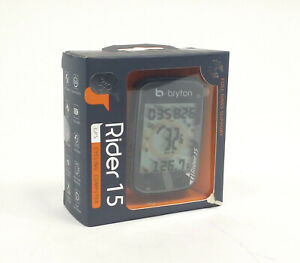 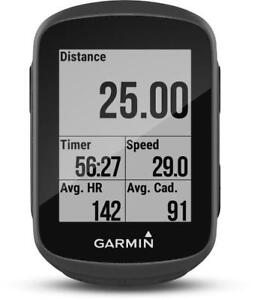 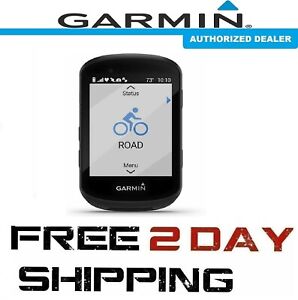 According to government information, GPS accuracy is the one big question that affects bike computers. For example, a sophisticated smartphone can achieve a 4.9m accuracy under the open sky. When you get near a building, trees, or other obstacles, it gets considerably worse.

GLONASS has an accuracy range of 2.8m to 7.8 meters, with an average of 4.7m. Traditionally, it has been poorer than GPS but has now become just as accurate. A combination of the two can increase the accuracy even further.

You can typically achieve 10-15m or vertical accuracy, although it also gets worse depending on terrain.

These figures are not very encouraging to a competitive cyclist, although the advantages of GPS bike computers far outweigh these relative shortcomings.

The line between basic cyclometers and high-end GPS navigation systems for bikes is gradually thinning. As an ardent cyclist with a particular fondness for the convenience offered by these expensive devices, here is what I can tell you.

You can get Mapping, or Not.

There are two loosely defined categories of GPS bike computers. There are those with mapping functions and those without them. With mapping, you get fancy features such as turn-by-turn navigation.

If, for example, you love to explore, you don’t want to get lost in strange places. Mapping can help you get your way back home, although such a device will be more expensive.

Those without mapping will have general navigation instead, where you just input a destination and get a general route. However, these will give you better battery life in general.

If you like to keep track of every aspect of your ride, you will probably have a heart rate monitor. You might also want to connect your smartphone as well to receive alerts.

Any respectable GPS bike computer will have both Bluetooth (or Bluetooth Smart) and ANT+ wireless technology (for fitness devices.) You may also want to connect with cadence sensors and power meters.

Your display can be black and white, colored, or use a reflective crystal display. There are also high-end touch screens with HD definition and a host of other features.

A big screen will be better for easier navigation, but it will be more cumbersome on your bike. The more sophisticated the computer is, the easier it will also be to damage along the way.

It is best to look for a combination of ruggedness, ease of use, battery life, and size. Don’t also forget that the bigger, the heavier.

Some people opt to use smartwatches from brands like Apple and Garmin. Some of these are even designed specifically for cyclists.

It is always a good idea to get black and white or naturally lighted LCDs if you don’t need the high-end features. If not, budget for an external battery pack to extend the useful battery life. 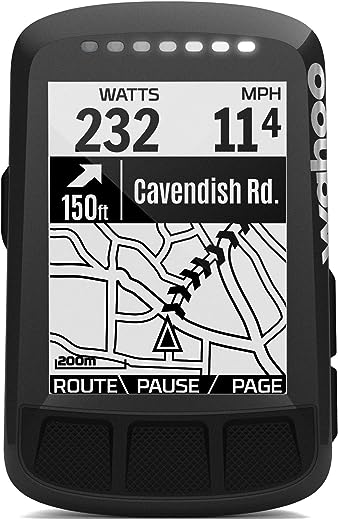 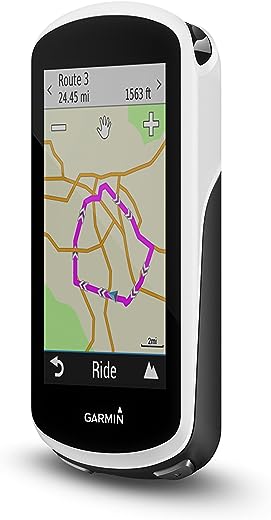 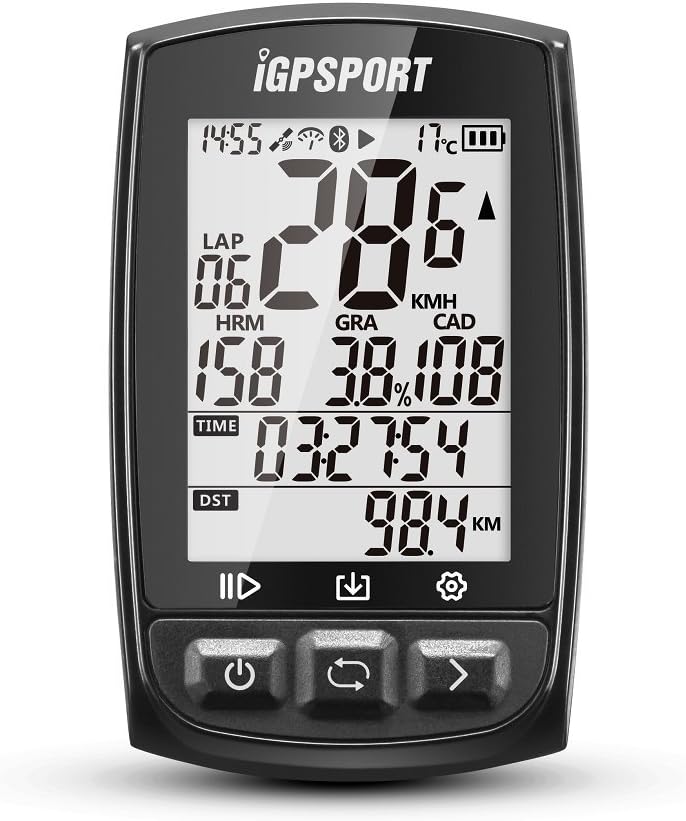 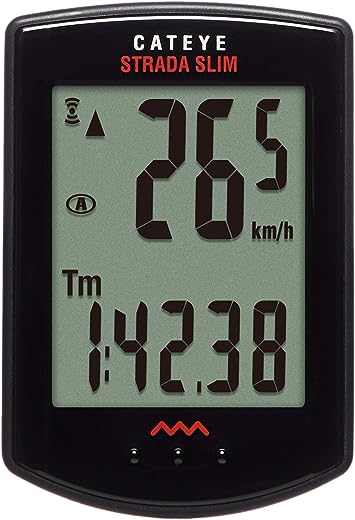 The humble cyclometer, when pitted against expensive GPS bike computers, gets a clear first win thanks to improved accuracy. A GPS receiver can hardly achieve the accuracy levels of a properly calibrated cyclometer.

Cyclometers are also lightweight and robust. A sensor, wheel magnet, and display head are all it takes to set a cyclometer up and running. A GPS system has lots of sensitive electronic equipment, protective casing, and battery packs that add pounds of weight.

Speaking of batteries, a GPS system will need lots of juice to run. A few hours, or perhaps a few days in low power settings, is the most you can hope for. With a cyclometer, a Li-ion coin cell can last a year or more before needing replacement.

There is always the issue of cost. GPS systems are sophisticated and expensive, while a cyclometer is cheap.

Comparing these two systems is not fair because they are miles away from each other. Even their applications are quite different.

Both have different applications and

features. When you think about it, the only question is, how deep is your pocket? 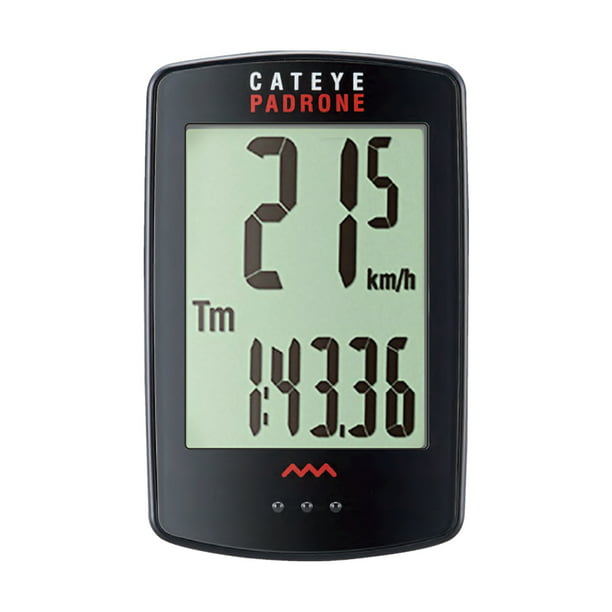 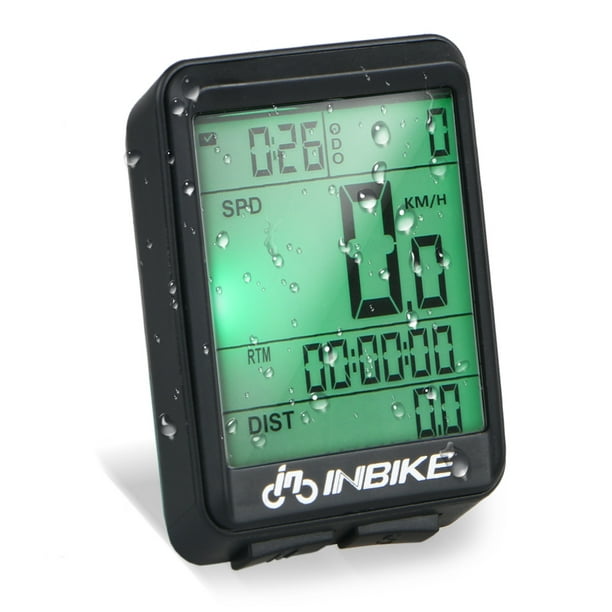 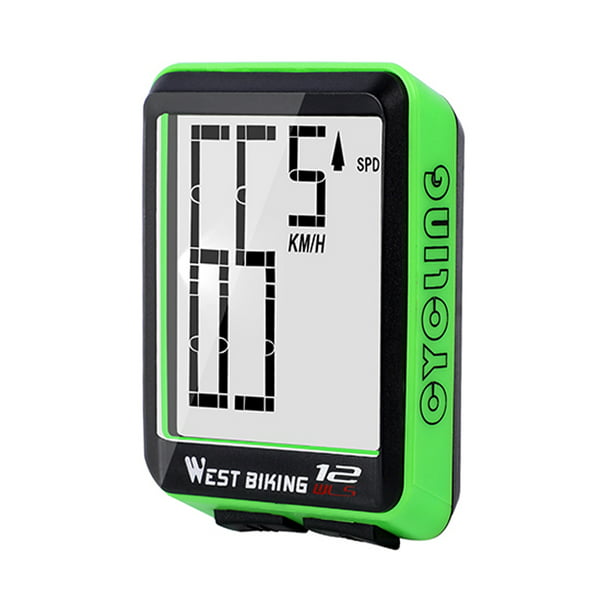 Do I really need a bike computer?

If you ride a lot, explore, or want to keep fit through cycling, you need a bike computer. It will help you with navigation, tracking, and monitoring. Yes, your smartphone can do all that, but it won’t last long with full GPS mode and is not as rugged or convenient.

Can I use my phone as a bike computer?

If you are okay with putting your phone on your handlebars and moving around with it, you can pair it up with a cyclometer to get more accurate distance data. The combination works well enough, but you’re more likely to damage your phone.

What should I look for in a bike computer?

Depending on the features you need, some of the things you should consider are battery life, screen size, connectivity options, navigation, and mapping. More features mean more money you have to spend, so look to strike a balance.

Should I get a wired or wireless computer?

A wireless computer, though more expensive, will be better because of increased convenience and reduced clutter. It is also easier to install and maintain.

Do I need cadence on my bike computer?

If you train and race competitively, cadence data helps you to shape up your form. The only thing you should look out for is to have a separate cadence pick up, not a combined model.

Bike computers revolutionized cycling in every way. From the ancient ‘clickers’ to the sophisticated GPS systems we have today, we can now do so much more on our bikes.

They are even more important when it comes to fitness tracking. The information they provide, such as cadence, mileage, speed, and even power, helps us to keep track of our health and fitness.

These computers work in different ways. The simple cyclometers measure the revolutions of the rear wheel and then calculate the distance moved with inbuilt algorithms. These algorithms have to be carefully calibrated to ensure accuracy.

GPS bike computers, on the other hand, are more complex. They receive geolocation signals from constellations of satellites in space such as GPS and GLONASS. Using triangulation, they calculate movement and positioning metrics.

The two systems are quite different, and their applications differ between riders. At the end of the day, GPS bike computers offer more convenience. Once you try one of them, you will fall in love with bike computers and will never go back.

Can Cycling Help with Running???

August 9, 2022 pedalSwift
How To Articles